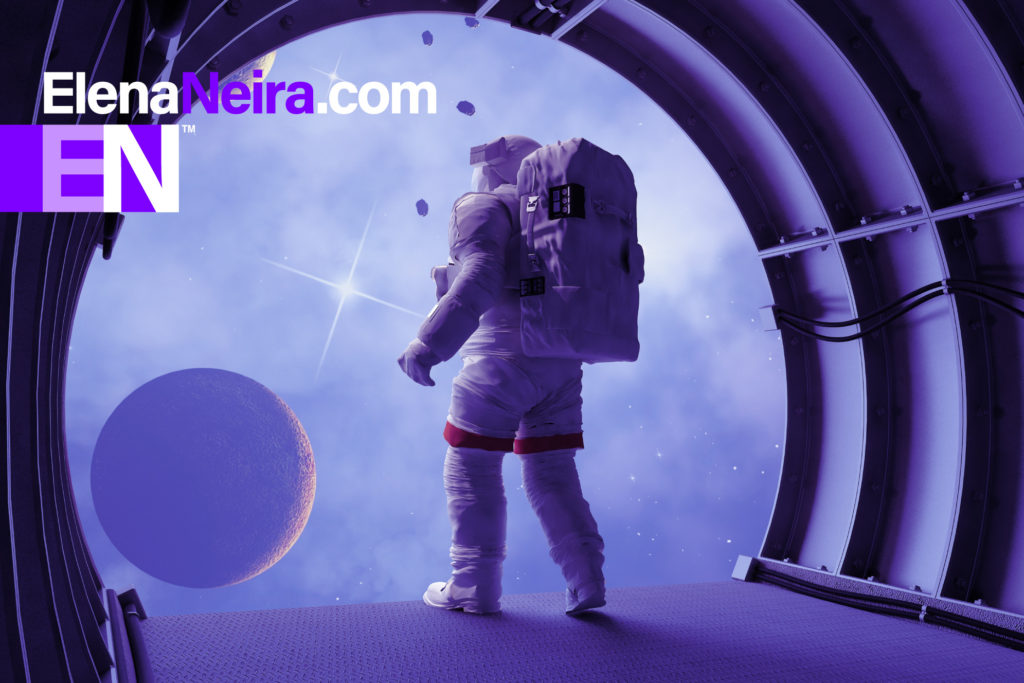 Record-breaking Active Users, Engagement Numbers:   The mobile app 20+ million daily active users has already surpassed that of Twitter and other major top-rated games like Candy Crush which are also available via mobile app stores. Players go out to the world with their smartphones to capture exotic creatures and/or to interact with other app users, and in doing that they are spending far more time daily in the app than in some other popular apps, including Instagram, Snapchat, and WhatsApp with latest reports indicating that the engagement has surpassed all other social networks because the time playing Pokémon Go is more than the time on other social media app including Facebook.

Nintendo Market Cap is Soaring:   Active users and engagement are not the only records that Pokémon GO is breaking. In the world of finance and investment, the app has been producing for its parent company, Nintendo, record-breaking increases in market cap valuation. The July 16 data point had the firm’s shares up by over 50% since the game’s release, adding $11 billion to its valuation. Unity Technologies, maker of the app’s core engine technology has also being surging in value since the launch.

Global mobile connectivity, augmented reality, GIS, and geolocation technologies power Pokemon Go: Behind the scenes is a global connectivity platform with Android/iOS smartphones on the device side and 3GPP-based global mobile communications on the infrastructure side. Unity makes the game engine that runs Pokemon Go. This is the same technology hat its software is used in about 90% of the content created for virtual reality platforms including Samsung Gear VR and Facebook Oculus. And with the recent events. Probably  Unity, and the rest of the industry will put more attention on the futures to support the augmented reality aspects of their products. Then, using GPS (Global Positioning System) and mapping technologies including GIS (Geographic Information Systems), the app developer Niantic Labs put it all together into a user experience that has gain the hearts of millions around the world.

What Pokemon Go Means for the Future of Mobile and  5G:   The game shows the potential of mixing mobile, geolocation, augmented reality and social; it shows that users ‘appetite for combining real and digital worlds to create new realms is big. Soon we will see these capabilities applied to not only games but also finance, transportation, healthcare, education, manufacturing, retail and many more in 5G. 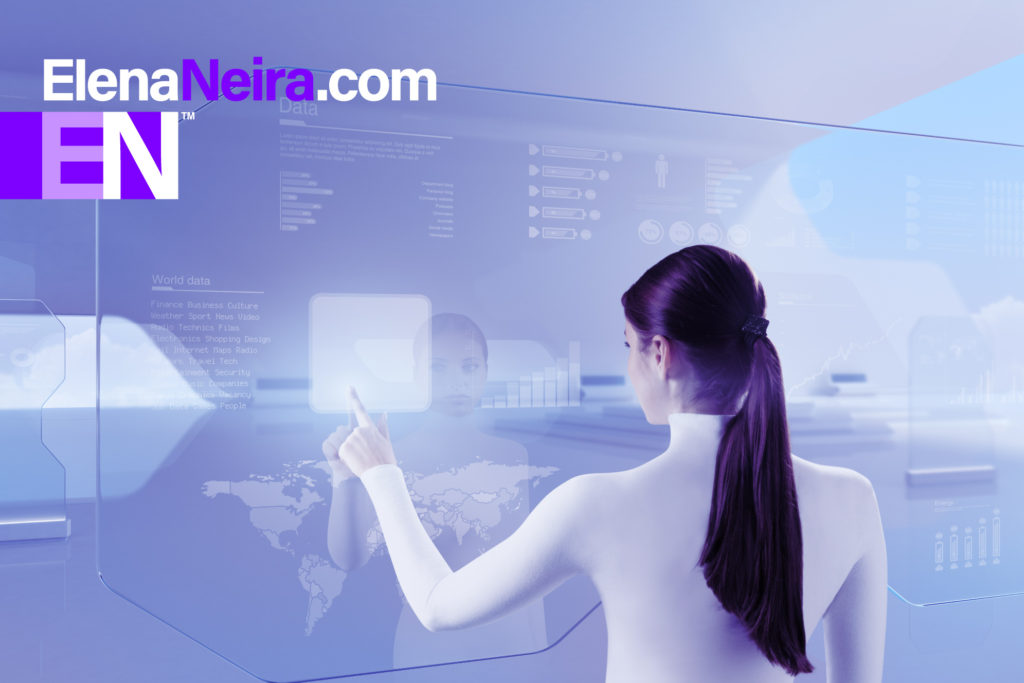 These are all major mobile industry moves in the last few days. We are in the middle of the Summer but no one in the mobile industry seems to be taking vacation. Let’s dig into the details, vision and strategies behind them.

Out of the Mobile World Congress in Shanghai, there are reports of steady progress towards 5G with a Cellular IoT demo, a 5G NR sub-6GHz trial system, VR live demos during the 2018 Olympics, and a basestation to be used in Shanghai Mobile’s test network that can reach peak speeds of 9.83 Gbps. The record continues to highlight China’s commitment to drive wireless innovation, and to incorporate advancements in the internet and related technologies into business models.

Another 5G speed record, this time report comes from Europe. Vodafone says that working with Huawei they have completed a 5G field trial that demonstrates the capabilities of a system operating at 70 GHz. In those tests they have been able to reach data rates of over 20 Gigabits per second (Gbps.)

Facebook reports that they have designed and tested an open source and cost-effective, software-defined wireless access platform aimed to improve connectivity in remote areas of the world. This access platform two major components are a general-purpose base-band computing (GBC) and a radio frequency (RF) with integrated analog front-end. Plans are to open-source the platform enabling telecom operators, entrepreneurs, OEMs, and researchers to locally build, deploy, and operate wireless infrastructure.

OpenCellular is being added to the ongoing Telecom Infrastructure Project (TIP) efforts such as Aries, Terragraph, and OpenR which were announced at the F8 Developer Conference together with the 10-year connectivity roadmap.

In a post to his Facebook page, CEO Mark Zuckerberg says that this is part of their connectivity efforts towards the more than 4 billion people that still don’t have basic internet access and to the 10% of the world’s population living outside the range of cellular coverage.

A US Public-Private Consortium to invest $400M inWireless Research

Private and public institutions are convening a consortium to advanced development of next-generation mobile technologies, some of which promises up to x1000 speed improvements over Today’s technology. The National Science Foundation (NSF) will lead the consortium and the initial topic areas include mmWave (millimeter-wave) in bands about 26 GHz with a target of 100 Gbps in small-cells; Dynamic Spectrum in sub-6 GHz bands including co-existence and protection; Architectures in data networks; Mobility-at-Scale from transport to MAC (Medium Access Control) layers; Wide-area Whitespace demonstrating 1 Gbps to remote location with mesh networking; Network Metrology; and Applications/Services for cyber-security, IoT, robotics, connected health and big data.

Research in these topics will take the bulk of the budget. Close to $80 Million will be allocated to building 4 test sites with the aim to validate the research quickly and accelerate commercial deployments of 5G.

Read more here: $400 Million For Advanced Wireless Research in US

IoT and Wearable Chips for 5G Built on Open Platforms

Open Hardware SoCs for IoT and Wearables based on RISC-V are an alternative to traditional embedded microcontroller SoC development that aims to adopt open, agile methodologies for cost-effective, faster time to market. This month an MIT hosted RISC-V workshop on these new methodology for IP core designs, and within days, startup SiFive announced the first Freedom FOSS SoC platform products. These efforts are worth noting; they redefine traditional silicon business models and reverse the industry’s increasingly high licensing, design and implementation costs and impact commercialization plans for 5G.

To support the development of 5G networks, the FCC this month moved forward on high-band spectrum issuing an order – Spectrum Frontiers proceeding –  to open over 10 GHz of high-band spectrum for innovative mobile use. Both licensed and unlicensed allocation are contemplated, and the order addresses spectrum in 28, 37, and 39 GHz bands. In addition, FCC also reported the begging of the process to bring perhaps twice that much spectrum online.

While the FCC focus is for now spectrum below the 71 GHz band, UK regulator Ofcom also moved seek comments on spectrum used with fixed wireless but noted that the European Union plans are to look at spectrum up to the 175 GHz band.

Read more here: Spectrum Allocations for 5G in US and UK

On the way to 5G Networks 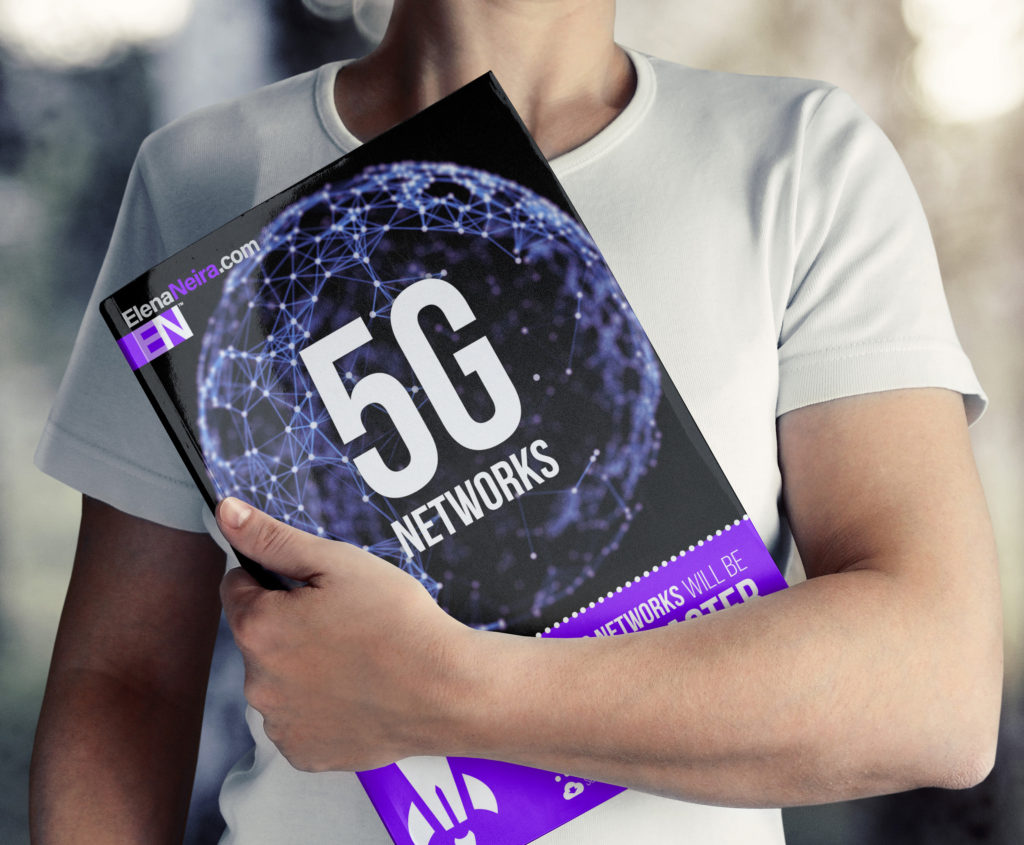 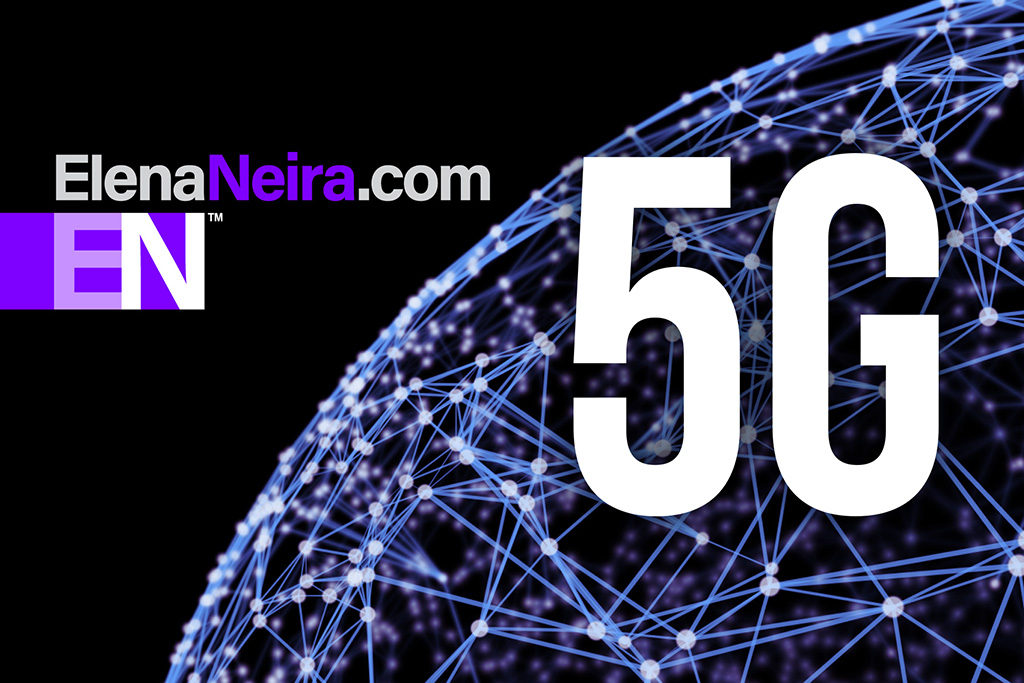 Today, 5G is primarily about the evolution of 4G. ITU has taken its traditional role coordinating globally and producing a set of requirements for the official 5G-capable systems under the term IMT-2020, and recommending spectrum allocation discussions at the WRC (World Radio Conference.)

While this happens in ITU, 3GPP works to produce technical specifications to submit as a candidate technology to IMT-2020. 3GPP plans to deliver a detailed technical proposal by October 2020.

In addition to these efforts, there is also work by operators, device manufacturers, and web-scale companies (more prominently FaceBook) are conducting technology investigations, demos, and trials aimed at proving the concepts and contributing with proofs of concept and technology realizations.

As 5G standards and technologies mature and evolve, we are keeping the pulse on what’s real and when/where will we see the first commercial deployments. Stay tuned. 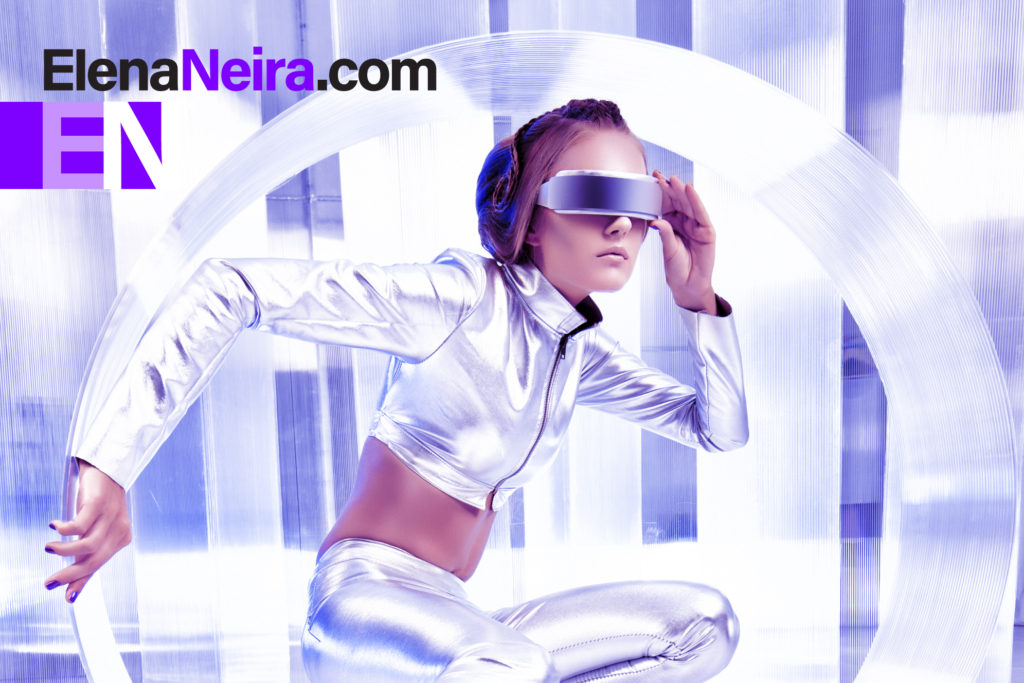 Welcome to ElenaNeira.com. This portal is devoted to communications technology topics including 5G Networks. Founded in 2016, our mission is to leverage the power of mobile, digital and social to connect our community to smart news, people and technologies. People use ElenaNeira.com to stay connected with the latest technology news and to share what is more important to them in these news. Worldwide expectations around 5G are high. Unlike previous generations that were realized with a set of high-performance mobile networks, the promise of 5G is broader, and includes enabling a 24/7 seamlessly connected society with faster speeds and low latency capabilities, new augmented virtual reality worlds, and important capabilities to connect a large amount of always-on IoT devices in the future Internet of Everything. 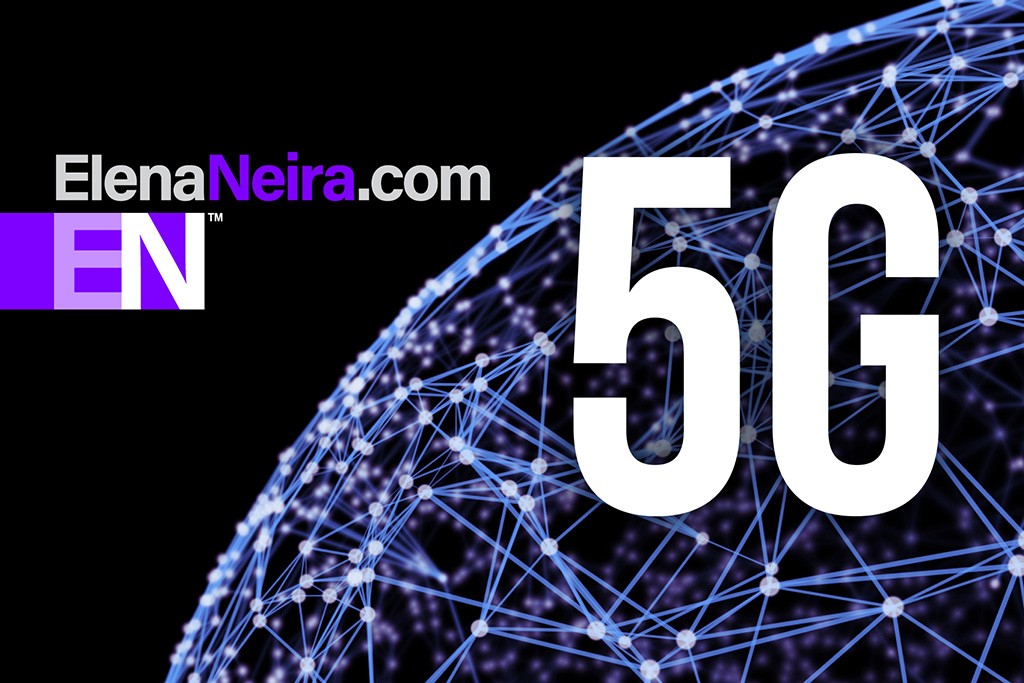