The Public Payphones of The 5G Era Debut in NYC 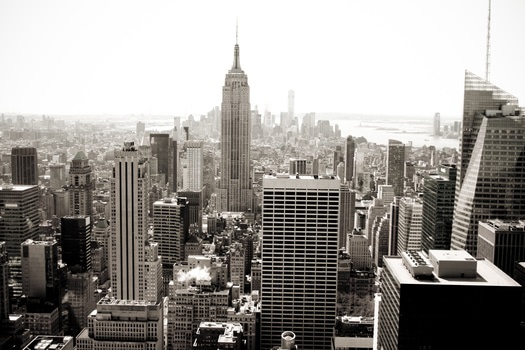 New York City is getting a smart city uplift. A consortium that includes industry experts such as Alphabet’s Google and Sidewalk Labs, and Qualcomm is introducing LinkNYC, a project to transform old public phone booths into broadband access points and data hubs for everyone to use. Its technology roadmap sees sensors, interactive capabilities being added to support future 5G services.

7.5K Data & Connectivity Hubs Part of  Smart City Infrastructure Services:  LinkNYC is a partnership between the City of New York and CityBridge, a consortium that includes among others leading internet and mobile communications players such as Google and Qualcomm. The project creates a network to cover  New York City (NYC) with free WiFi and internet service access points. The hubs are old pay phones which are getting a technology uplift to bring them into the 21rst century. According to Wikipedia, LinkNYC intends to be the largest and fastest public wifi network in the world, with an estimated 7,500 kiosks installed throughout the New York City metropolitan area. LinkNYC is also emerging as a model service for the future city smart whose digital infrastructure with next-generation communication technologies, connected cars, smart grids and such.

LinkNYC Operational and Business Models:   The LinkNYC both are nine-and-a-half feet tall curbed monoliths installed all around New York. The booths started to rollout at the beginning of 2016 and the project is in beta phase with a few hundred booths presently operational. The City Government does not pay for the system; installation, ownership, and operations is done by the above mentioned private consortium, CityBridge, which is also responsible for building the new optic backhaul infrastructure under the streets. CityBridge’s business plan to bring $500 million in ad revenue for the city over the next 12 years with no cost the the city.

A Technology Roadmap to take LinkNYC from Today’s WiFi/Data Access Points into 5G :   The current capabilities include WiFi and Internet connectivity, phone charging, and the digital OOH advertising network which provides brands with a rich, context-aware platform to reach New Yorkers and visitors. The evolution of these services is currently under consideration, also under consideration are hardware and software upgrade roadmaps. Additional hardware might include sensors to measure environmental data such as pollution levels and noise congestion. The city is working with Argonne National Labs to discuss how to put sensors in the kiosks and how to measure information such as congestion, noise pollution, etc. Other ideas for future services include video calls and even outfitting the booths with polling capabilities.