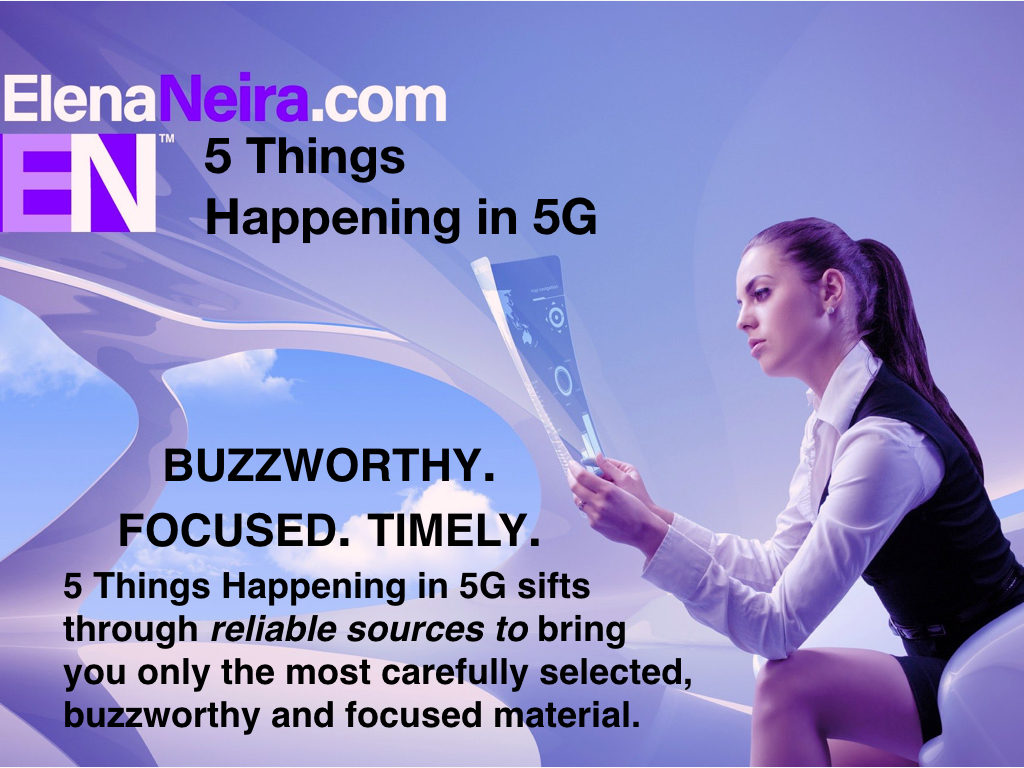 Happening in 5G, Microsoft makes Windows more mobile-friendly adding support for 5G eSIM, and identifying partners for its connectivity mobility solutions;  France issues a 2-month consultation aim at 5G spectrum allocations later this summer; Telstra CEO confirms that the operator will test 5G during the Commonwealth Games in 2018; a look at scenarios that would need to happen to have a 5G spectrum revolution and unseat the incumbents; finally, we wish happy 10th anniversary to the iPhone and predict how its features evolve to 5G.

“Mobile Is a Shifting Landscape, Know the Terrain” – 5 Things Happening in 5G.

Windows 10 will Have 5G, eSIM, and Partners for Connectivity Mobility Solutions

During the last Windows Hardware Engineering Community event (WinHEC) in Shenzhen (China), Microsoft announced new opportunities for global partners to innovate with Windows 10 with eSIM and 5G capabilites. Adding to these announcements, this past week, the company says that it is working with partners NXP, Swiss Re, ESRI, IAV and Cubic Telecom for full connectivity mobility solutions. Microsoft explains that future Windows 10 updates will come with enabled connectivity that is always within reach. Customers will be able to easily buy data directly from the Windows Store and be in control of how they use Wi-Fi and cellular networks, consume data, and manage costs. Partners will be able to build always-connected devices without hindering form-factor design because eSIM technology does not need an exposed SIM slot, making it easier for people to activate a data plan right on their device. To create on the go experiences for users, Microsoft announced that Windows 10 is coming to ARM architecture through a partnership with Qualcomm. Users will be able to experience for the first time the Windows they know with the apps, peripherals and enterprise capabilities they require, on a truly mobile, power-efficient, always-connected cellular PC. Hardware partners will be able to build a range of new Qualcomm Snapdragon-powered Windows 10 PCs that run x86 Win32 and universal Windows apps. These new devices are expected to be in market as early as next year.

France’s Telco regulator ARCEP is issuing a public consultation to help identify frequencies to support 5G and future mobile technologies. This “New frequencies for territories, companies, 5G and innovation” consultation is expected to run for 2 months alongside ARCEP’s year-long investigation into the use of a bands, including 2.6GHz and 3.5GHz bands for LTE and 5G. In addition to its own study, the regulator asked companies interested in using the frequencies to submit the results of their own experiments in both bands. ARCEP had identified  40 MHz within the 2.6GHz band to support high grade fixed and improved ‘PMR’ networks, which are used by government agencies and public services such as transportation. The regulator foresees that 40MHz of the 3.5GHz band will/should be allocated to high-speed fixed broadband in rural regions, with the rest of the 3.5GHz band for 5G when it is ready for launch. ARCEP plans to make allocation decisions for these frequency bands during the second half of 2017.

Telstra CEO Andy Penn told last week during a meeting at CES 2017 that he is aiming at pushing international technology leaders to accelerate the development of a 5G standard. Penn said meeting with top tech companies including Google, Microsoft, Ericsson and Qualcomm that it was a key part of bringing 5G speeds to Australia faster, and positioning Telstra as a “world-class technology company”. Even though the technology is unlikely to be ready before 2020,Penn said planning is already under way for a live “pre-standard” trial of 5G networks in Australia at the 2018 Commonwealth Games on the Gold Coast, and would run for the entire event. “The Commonwealth Games is a situation which gives you an opportunity to test multiple aspects (of the technology),” Penn said. “You’ve got a large number of people in a small space at one time so you can test the congestion and the speed, you’ve got all the media happening … and of course we’re seeing (virtual reality) start to play a bit more of a role in media.” Penn said both smartphone hardware and monthly phone plans would have to change to accommodate the 5G network, but said the company was “working with global handset manufacturers” and other firms to adjust to the new demands.

The iPhone Turns 10 as It Evolves to 5G

Happy 10th Anniversary iPhone! After 10 years, it is going strong with its current 4G version. Taking a close looking at the trajectory of key features hints us about trends and what a future Apple 5G device will be like. First, it will be an all-wireless device because the iPhone 7 already dropped the 3.5mm headphone jack, because plans are on the way to move towards wireless power charging, and other wireless interfaces… in 5G the device will have no physical interfaces to attach to a wire! Second trend we see is faster hardware and larger memory to match PC computing power. the latest iPhone 7 comes with a faster A10 processor clocked at 2 GHz, and features 3 GB of RAM, and up to 256 GB of storage putting mobile computing closer to laptop computing, a trend that will accelerate as the device moves closer to the 5G version. The third and last trend we see is more sensors and a path to VR, AR enablement; with the user experience is at the core of Apple’s brand thus better displays and more sensors are a given. Apple has been working on imaging and sensing capabilities including 3D, dual camera, bio-sensors, and all reside in the phone and not in additional specialized peripherals. For now iPhones, also smartphones in general, are our primitive VR and AR devices. The trend is for these capabilities to continue improving likely integrated in the platform that will be the basis for 5G.

What will it Take to Have a 5G Spectrum Revolution?

Issue No. 10 (2017-01-10) of 5 Things Happening in 5G sifting through reliable sources to bring you carefully selected, buzzworthy, and focused biz, tech, and market trends.

Now that you are here… for partnerships, inquiries, please contact us at social media(at)5g-magazine.com.

© 2017 www.5g-magazine.com – All rights reserved. Use of this Web site signifies your agreement to its Terms & Conditions.